Planting Flowers for my Wedding

On Saturday, my mom and I got out to go pick out some flowers for the flower beds on the deck that we restored.

Man, the selection available was overwhelming! I really wanted some perennials to plant, so the flower budget would also be a good investment.

My mom insisted on going to a local greenhouse instead of a big box store, and that’s where we picked these guys up. It had such a great atmosphere at the greenhouse! There were 5 employees walking around, helping customers as needed, but mostly tending to the flowers, pruning them and taking very good care of them all.

Round one: we returned with some impatiens, peonies, periwinkle, pansies, and some greenery.

We needed to grab some dirt to get us started, so we went on over to Lowe’s. What a huge difference! All of the flowers we browsed at this big box store were dry as a bone. You could tell Lowe’s had received a huge shipment of new flowers, and didn’t really care to nurture them.

A huge life tip learned from mom? Shop at your local greenhouse. The flowers are well cared for, And the prices weren’t any better at Lowe’s!

Returning home, I got to work on these planters. Periwinkle and impatiens under the maple tree.

I dumped all six bags of dirt Mom and I picked up at Lowe’s in this box, plus some more dirt that Dad had lying around. (In the mean time, Dad ran to grab more dirt and stain)

I started with the periwinkle, laying it out along the cement perimeter of the tree. In time, this plant will cascade over the cement… or at least that’s the vision. 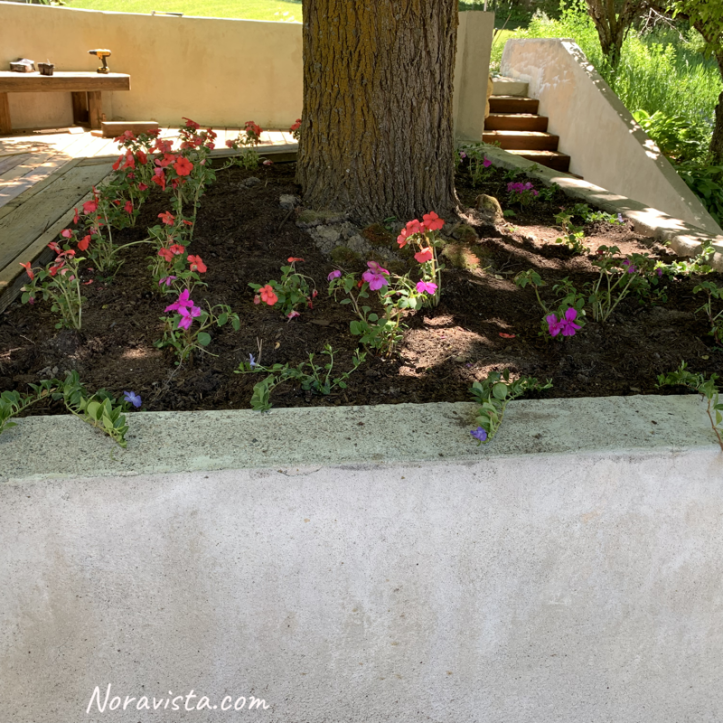 Then I layed our the impatiens. Purple along the periwinkle, and a salmon color along the front side. 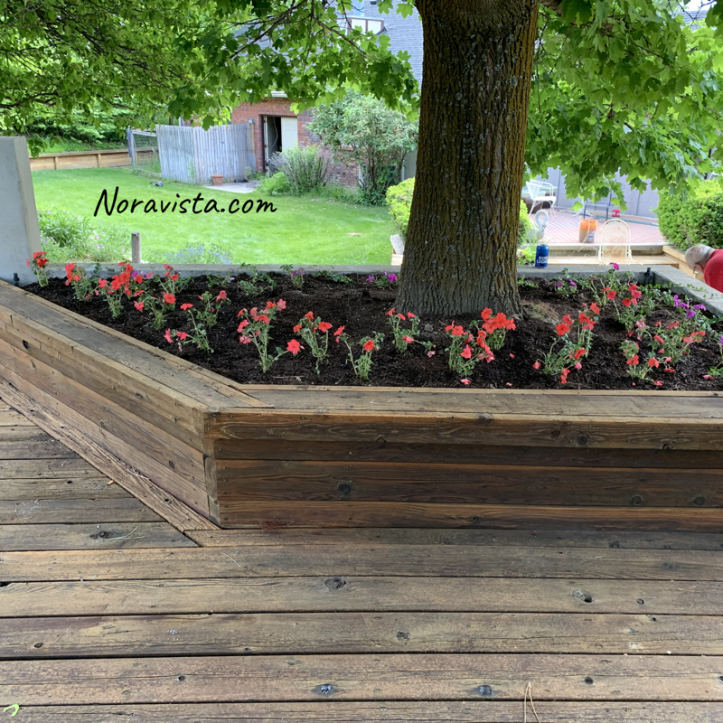 Using the plastic plant containers that the flowers came in, I spaced them out accordingly:

My favorite? The peonies! 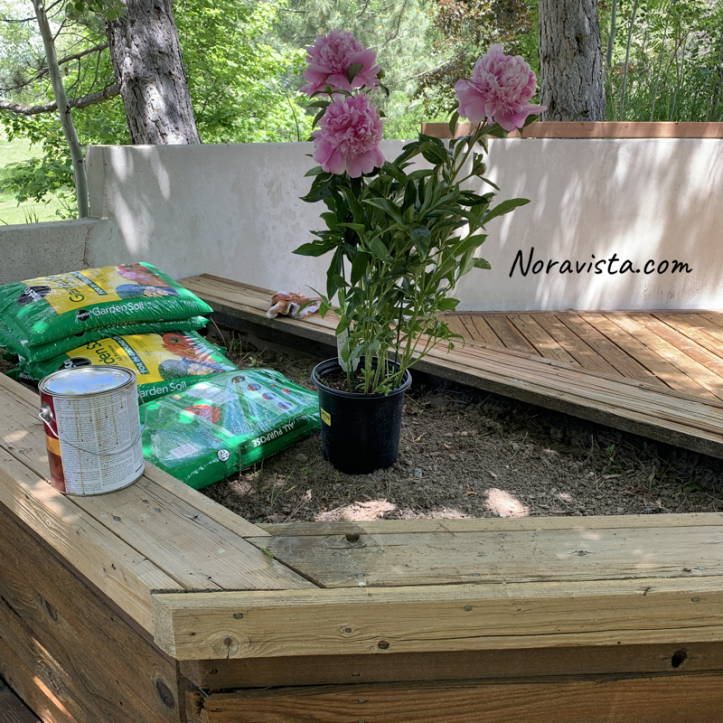 These guys will come back each year too!

Wish me luck with round two. And let me know what your favorite flower is! I need some inspiration here.